Lately we switched our version control (GIT) workflow to better control our QA, and each phase of it, in our regular development / code-deployment process. 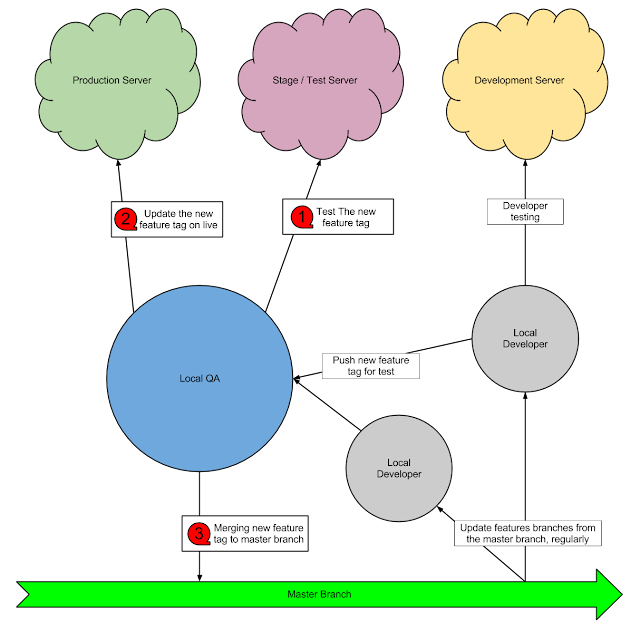